In late 2014, I helped create the booklet for the annual College Royal Open House by the College Royal Society of the University of Guelph. The idea behind the 2015 Open House was baseball — “Take me out to the Royal!”

The booklet contained all the information for the open house — Campus map, timetable of events, descriptions, locations and others. The talented Debbie Wilson of Willustration created the cover illustration and characters that appear throughout the publication. 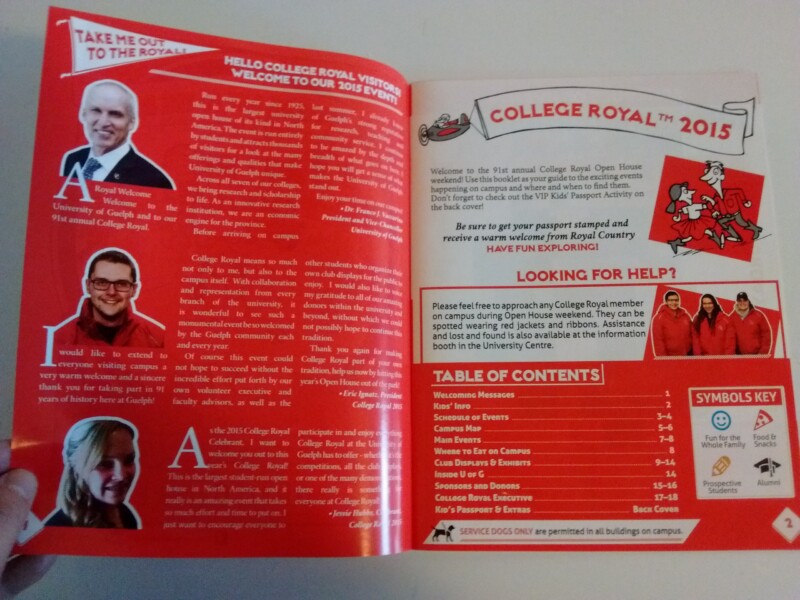 The book was to contain a map of the venue with all the locations of the booths and events during the Open House. In addition, there would be a time-table listing all the specific event times. A list of all the events, booths and special attractions was the main content of the book with icons depicting any special points of interest for that listing — such as if there was food, suitable for families or directed at future students. 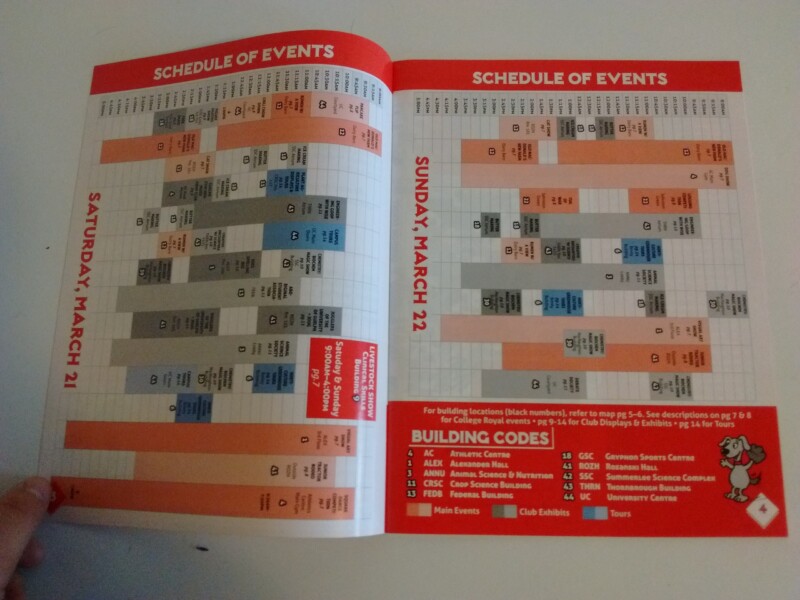 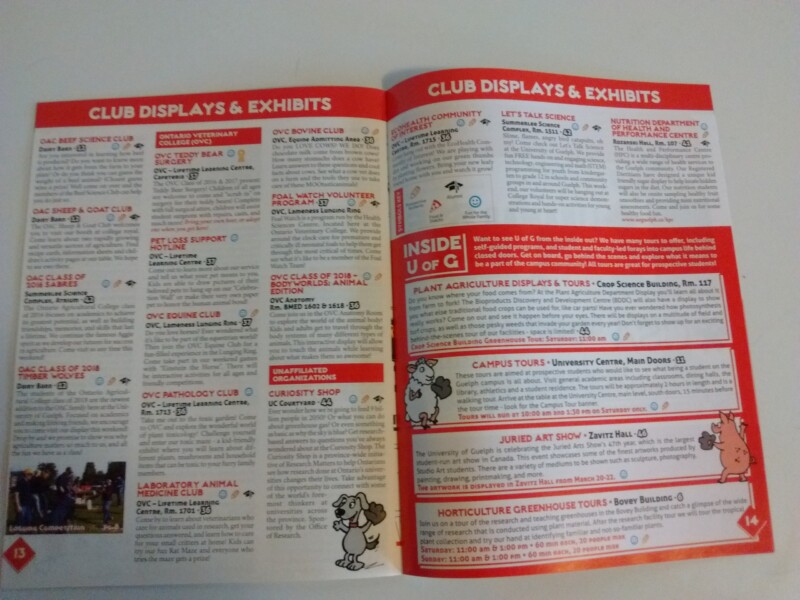 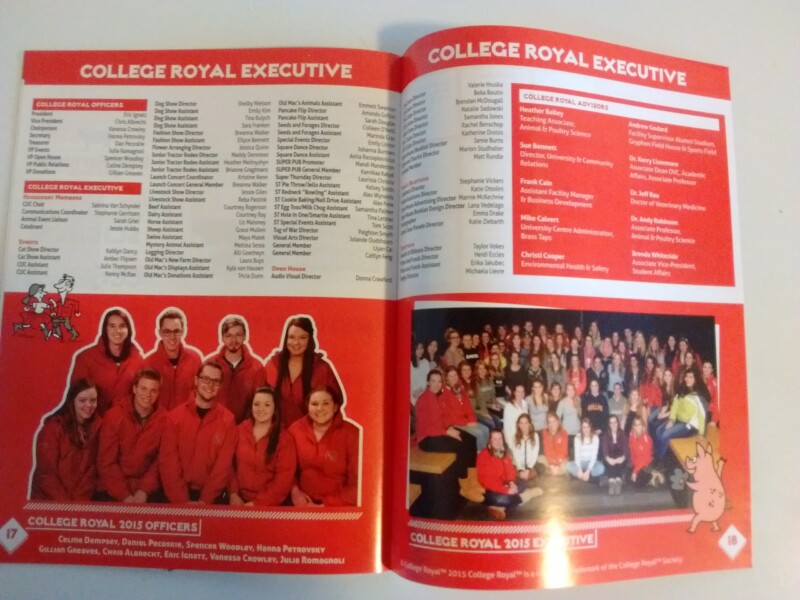